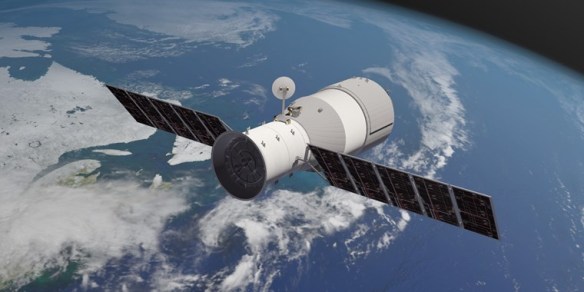 The 9.4 tonne Chinese space station Tiangong-1 is set to fall to Earth over the easter weekend, but scientists are not sure exactly where (Photo: NBC News)

Listen to weekly round up of science news broadcast on East Coast FM: 29th March 2018

The immune system has been found to work to a 24-hour hour circadian cycle, like the rest of our body [Source: greatist.com]

The immune system works better at certain times of day than others, according to new research, which could help point the way towards the development of new drugs for autoimmune disease such as multiple sclerosis (MS).

In a study published in Nature Communications, Professor Kingston Mills and Dr Caroline Sutton of TCD and Dr Annie Curtis of RCSI (Royal College of Surgeons Ireland), show that immune responses and regulation of autoimmunity are affected by the time of the day when the immune response is activated.

“In the year that the Nobel Prize in Medicine was awarded for discoveries on the molecular mechanisms controlling the circadian rhythm, our exciting findings suggest that our immune system is programmed to respond better to infection and insults encountered at different times in the 24-hour clock,” said Prof Mills.

“This has significant implications for the treatment of immune-mediated diseases and suggests there may be important differences in time of day response to drugs used to treat autoimmune diseases such as multiple sclerosis,” Prof Mills said.

Using mice as a model organism, the researchers showed that a master circadian gene, BMAL1, is responsible for sensing and acting on time-of-the-day cues to suppress inflammation. Loss of BMAL1, or induction of autoimmunity at midday instead of midnight, causes more severe experimental autoimmune encephalomyelitis (an analogue of multiple sclerosis) in mice.

Circadian rhythms or 24-hour rhythms are generated by the body clock, allowing us to anticipate and respond to the 24-hour cycle of our planet.

Maintaining a good body clock is generally believed to lead to good health for humans, and disrupting the circadian rhythm (for example, as happens in some people working night shifts) has been associated with immune diseases such as multiple sclerosis; however, the underlying molecular links have been unclear.

“Our study also shows how disruption of our body clocks, which is quite common now given our 24/7 lifestyle and erratic eating and sleeping patterns, may have an impact on autoimmune conditions,” said Dr Curtis.

“We are really beginning to uncover exactly how important our body clocks are for health and wellbeing,” Dr Curtis added.