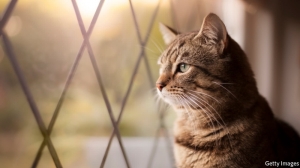 Cats can recognise their names, according to new research (Source: Getty Images)

Cats might appear indifferent to humans, but they do recognise their name, new research states.

The first picture of a real Black Hole emerged this week, and it looks exactly like Albert Einstein predicted.

A.I. can predict early death in individuals at risk; an ability which could lead to great advances in preventive medicine.