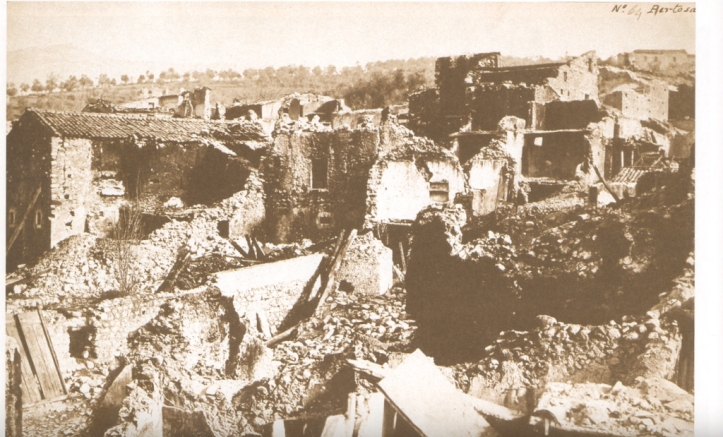 The first photographs ever taken of the aftermath of an earthquake were taken of the Great Neopolitan Quake of 1857, which destroyed the village of Pertosa, pictured here, and many other towns and villages in southern Italy. The pictures were taken by a Frenchman called Grellier, and commissioned by Irish scientist and Dubliner Robert Mallet who was the first to determine what caused earthquakes such as this one [Credit: Dublin Institute for Advanced Studies].

Listen here to the story of Robert Mallet

First broadcast on East Coast FM in December 2017 as part of the Irish Scientists series produced by Red Hare Media.

The science of seismology, which studies the power and energy unleashed by earthquakes, began life on a south Dublin beach in 1849 with an ingenious experiment carried out by one of Ireland’s greatest scientists. That scientist was Robert Mallett – a Dubliner widely recognized as the ‘father…